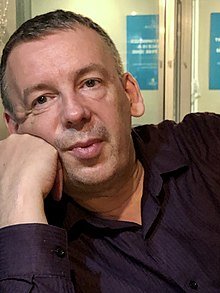 James Alison is an English Roman Catholic priest and theologian. Alison is noted for his application of René Girard’s anthropological theory to Christian systematic theology and for his work on LGBTQIA+ issues. He is openly gay.

Brought up in a conservative evangelical Anglican family, Alison became a Roman Catholic when he was 18. He was ordained priest in 1988, and while a theology student ministered to people with AIDS, which at that time was invariably fatal. From 1995 he has been an author, preacher, lecturer and retreat giver, but was not allowed to exercise his priestly vocation until in 2017 Pope Francis intervened personally.

Books on this site written or co-written by James Alison